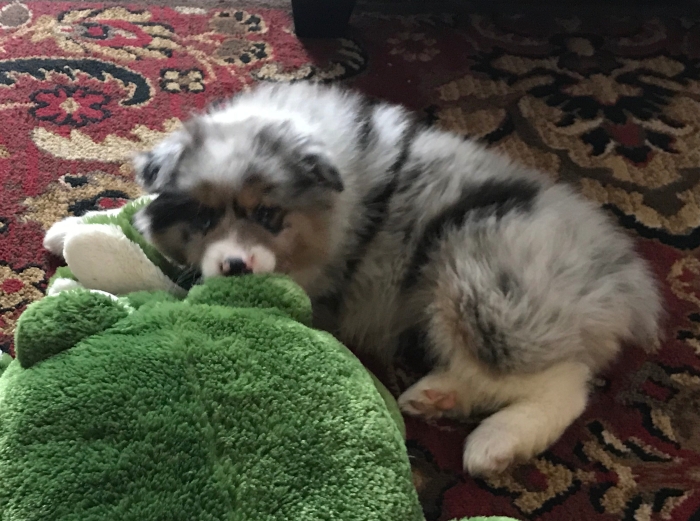 We recently got a sweet little Australian Shepherd and tomorrow night marks one week with him in our lives! He is cute, there’s no doubt about that. However, don’t let the cuteness fool you. This puppy, and puppies in general, are a LOT of work.

Meet Atticus! Most people get the reference but if you don’t, go read To Kill A Mockingbird and then come back. You won’t regret it. 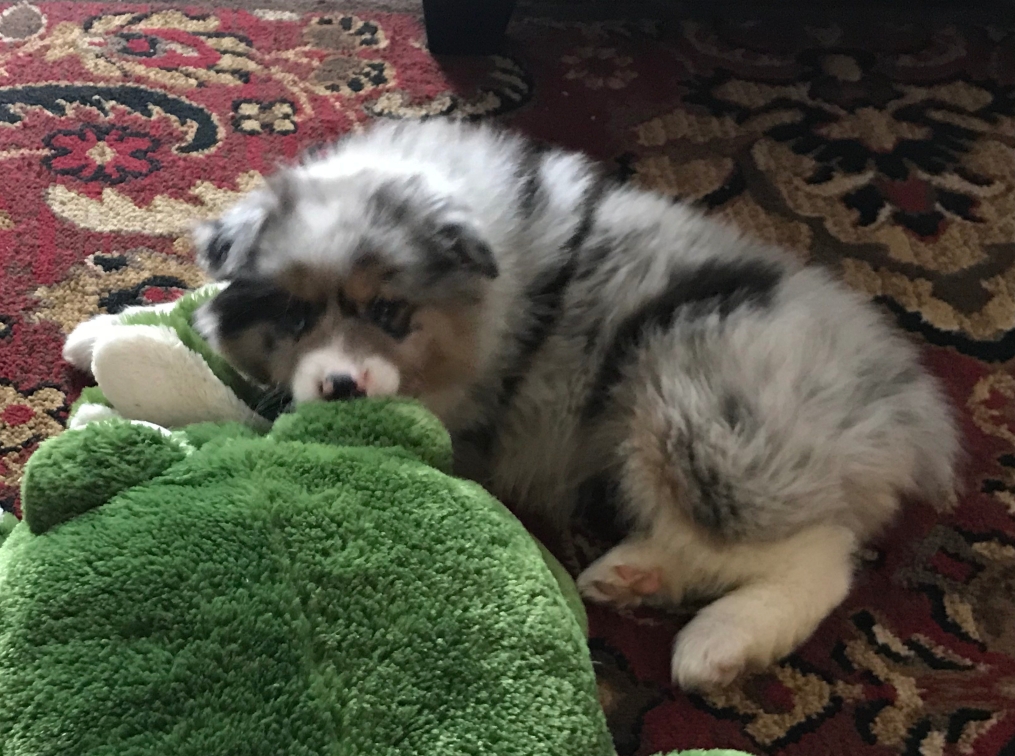 The second night he spent at our home we were forced to attempt the crate training. He’s smart and a really good listener for being 9 weeks old so I was pretty optimistic about the whole thing. That optimism soon disappeared after it was 3:00am, I hadn’t slept and I could hear his whining from the other room while I had headphones in and pillows covering my head.

I was furious. I was also sleep deprived so everything escalated fast. I tried EVERYTHING. I looked at articles, Joey (my boyfriend) sent me YouTube videos to try to help me find a solution. I laid there full of anger, desperation and heartbreak.

I got to the point where I just asked God to knock him out. Then I changed my word choice and asked him to make him fall asleep… I didn’t understand why he couldn’t just understand that if he obeyed and laid there quietly and fell asleep, he would be much better off and so would everyone else.

But he KEPT WHINING. The piercing noise was too much too bare. My heart hurt for this young little puppy who didn’t know what was going on and was not in control, but contained and thinking everyone he trusted was gone and had left. Despite laying by him and telling him I was right there, or saying I would be in the other room, he still resisted and cried. LOUDLY.

It was a funny moment. I was feeling so many different things and really needed some sleep. I was so confused as to why he just wouldn’t listen. His way obviously wasn’t working.

That’s where I heard God let out a chuckle shaking His head with a big smile on His face. My exhausted self was once again confused and angry because God had not done what I asked but was now laughing at me?

Then I understood it. It took my slow, groggy mind a few minutes of curious squinting in the dark. That puppy is me. God desperately desires for me to listen to him and walk his path, however, I don’t and then I’m left with a broken heart, trust issues and a lot of complaining and tears.

Even when He reminds me He’s there, I don’t always believe Him. If I can’t see Him, I doubt He’s there and He really wants what’s best for me so I take my way. His heart hurts for me like mine does for sweet little Atticus. It breaks Him because He can see more than I can and He knows that listening to Him now, will make things easier later.

However, He does not get angry or desperate (Psalm 145:8). He continues to love us even though His heart hurts for us. He stays persistent and patient coming after the one He loves takes His time and is willing to give it everything He has (Mathew 18:12).

Atticus didn’t stop whining, he didn’t all the sudden understand he needed to listen right that moment. I took him out of the crate and held him and let him sleep with me. He sprung forward into my arms, getting as close as possible so he didn’t lose me.

The next night, all optimism was lost due to the horrors of the previous nights and I was ready to give up. Why did he need to be in a crate anyway? Right before bed, I sat him in front of his cage ready for the bursting of tears and whining. I had no hope of him accepting this crate lifestyle.

He sat there looking in, obviously not excited. BUT. He walked in, did circles and adjusted his blankets with his paws and nose and laid down with a big sigh. My eyes were so wide and I’m pretty sure my jaw dropped. I laid next to him for a little while, left to go to bed and we haven’t had a problem since.

If only I could learn that quick!

God is good and he uses every part of life to show us who He is and who we are.